UK-based travel company Thomas Cook collapsed overnight and applied for compulsory liquidation after it failed to secure additional funding over the weekend. 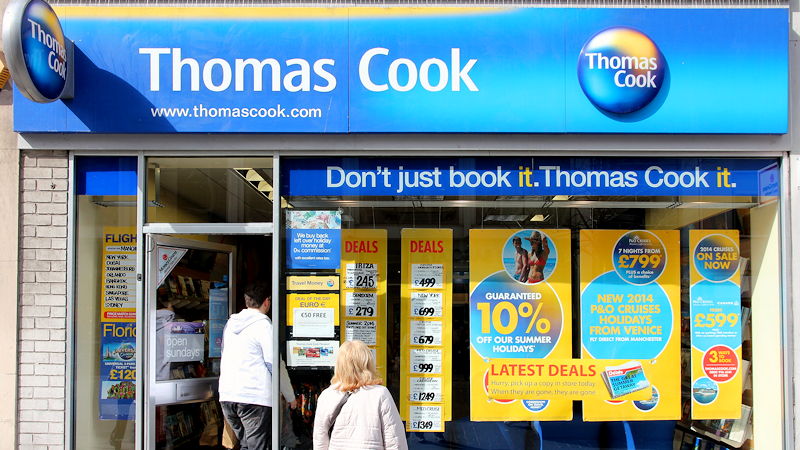 Talks with key stakeholders were unsuccessful with some lenders calling for additional funds to ensure operations were protected through the quieter winter travel months.

The company said it had no choice but to enter into compulsory liquidation with immediate effect.

“We have worked exhaustively in the past few days to resolve the outstanding issues on an agreement to secure Thomas Cook’s future for its employees, customers and suppliers,” Peter Fankhauser, Thomas Cook chief executive said.

“Although a deal had been largely agreed, an additional facility requested in the last few days of negotiations presented a challenge that ultimately proved insurmountable.”

The collapse of the company that can trace its routes back to 1841 leaves around 150,000 of its customers stranded overseas.

The UK Civil Aviation Authority has been tasked by the British government to repatriate Thomas Cook customers. A fleet of 40 aircraft has been chartered from a number of airlines to take those affected by the liquidation back to the UK.

“We are sorry to inform you that all holidays and flights provided by [Thomas Cook UK group] companies have been cancelled and are no longer operating. All Thomas Cook's retail shops have also closed,” the CAA said in a statement.

“The Government and the Civil Aviation Authority are now working together to do everything we can to support passengers due to fly back to the UK with Thomas Cook between 23 September 2019 and 6 October 2019.”

Depending on the customers’ locations, the repatriation service will either be on CAA-operated flights or on scheduled flights with other carriers.

Thomas Cook customers can get further information on travel arrangements at the dedicated CAA website: thomascook.caa.co.uk.

Passengers booked to travel from the UK on Thomas Cook Airlines should not travel to their UK airport as all flights have been cancelled.

Thomas Cook group’s German airline Condor has a different ownership structure and is currently still flying after applying for a German government loan.