Airbus has had a strong start to the Dubai Air Show, with orders and options for 290 aircraft, and Boeing racked up a follow-on order from SunExpress for 10 737 MAX 8s. 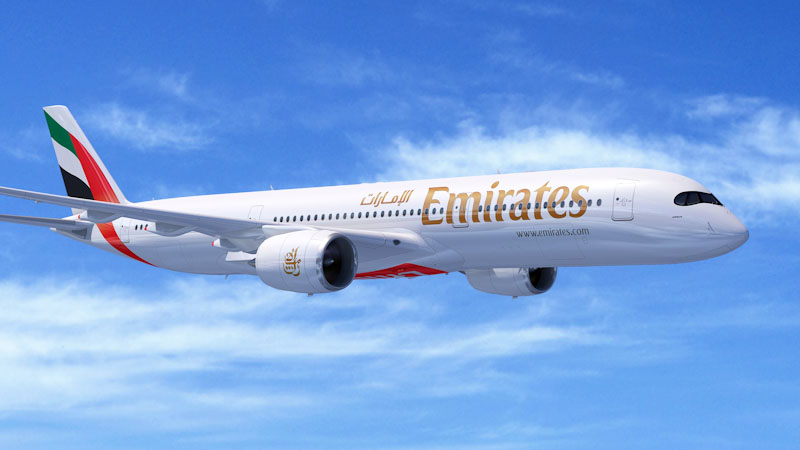 The headline order came from Emirates, with the Dubai airline ordering 50 Airbus A350-900s in a list price deal valued at USD$16 billion, according to the airline. Airbus has stopped publishing aircraft list prices as airlines receive large discounts on pricing.

The A350s will be powered by Rolls-Royce Trent engines, with first delivery expected in May 2023. The order supersedes an earlier Emirates intent to purchase 30 A350s and 40 A330neos.

Boeing received a boost from Turkish leisure airline SunExpress as it converted options for 10 737 MAX 8s to firm orders. The follow-on order, valued at USD$1.2 billion at list prices, will take the Antalya-based carrier’s 737 MAX fleet to 42.

SunExpress currently operates a fleet of 65 737-800s as it waits for delivery of the first of its 737 MAX aircraft.

Boeing also announced a follow up order from Biman Bangladesh Airlines for two additional 787s, this time going for the larger -9 to add to its in-service fleet of four 787-8s.

Other Boeing news included Egyptair adding to its Dreamliner fleet with the lease of two 787-9s from AerCap.

Embraer announced a contract for three additional E195-E2s from Nigeria’s Air Peace, worth USD$212.6 million at list prices. Air Peace now has 13 E195-E2s on order, with purchase rights for 17 more. Embraer said first delivery is scheduled for the second quarter of 2020.

De Havilland Canada and aircraft lessor Palma signed a Letter of Intent at the airshow for the purchase of 20 Dash 8-400 aircraft. A final purchase agreement is expected soon.