An engine failure on a Swiss Airbus A220 has prompted the airline to temporarily ground its fleet for urgent safety checks. 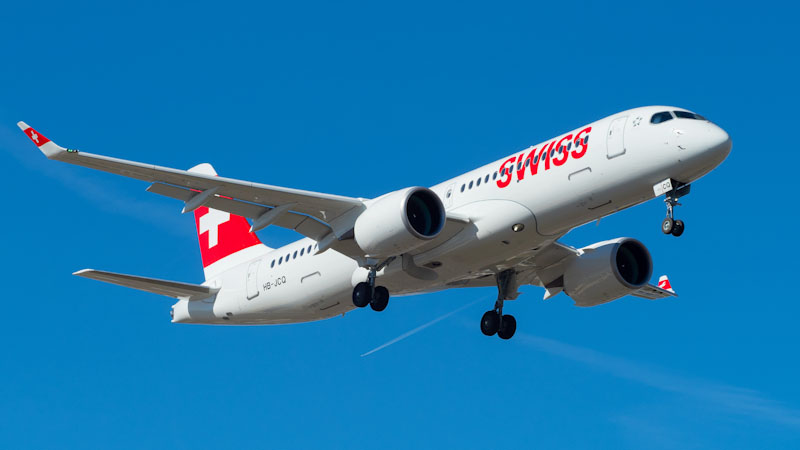 The failure happened on a flight from London Heathrow to Geneva on Tuesday, forcing a diversion to Paris Charles de Gaulle.

The incident is the third in four months of a Pratt & Whitney powered A220 after failures of the low-pressure compressor rotor on aircraft in July and September.

All the incidents happened on flights between London and Geneva, but on three different aircraft.

French aviation safety investigators, BEA, said the incident was serious and that the US National Transportation Safety Board, as country of manufacture of the engine, would investigate.

Swiss, which has 29 A220s in service, cancelled several flights to inspect the P&W engines in its fleet.

“The ongoing technical inspections of several aircraft will restrict our flight operations. As a result many flights will be cancelled,” the airline said in a statement.

The Swiss website showed 43 cancellations on Tuesday and a further 30 for Wednesday.

The airline had already returned some aircraft to service by Tuesday evening.