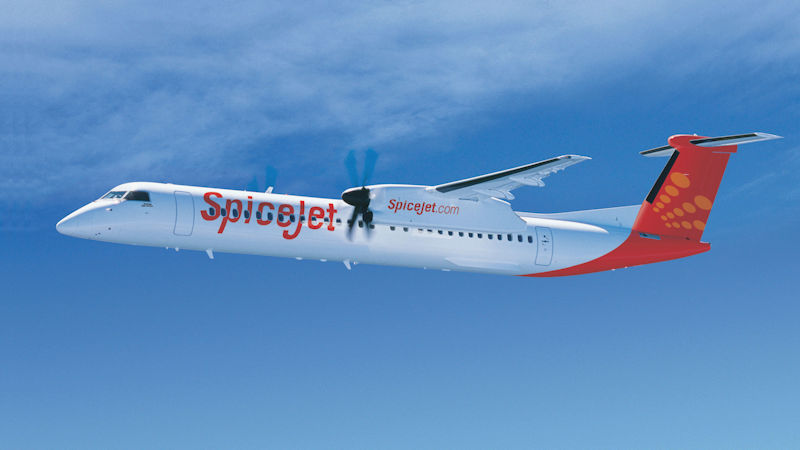 SpiceJet said it will add five Bombardier Q400 aircraft to its regional fleet, taking its total to 32 of the type. The first three of the new batch will arrive over the next ten days, the airline said, with the remaining two by June.

This is the second fleet acquisition announcement from the airline over the last few days. Last week SpiceJet said it would dry lease 16 Boeing 737-800 NG aircraft, with the first arriving in the next few days.

The airline's managing director Ajay Singh said of the new arrivals “As part of our efforts to augment capacity and minimise passenger inconvenience, SpiceJet will induct five more Q400s in addition to the 16 B737s we announced last week.

“The sudden reduction of aviation capacity should in no way hamper air connectivity to the smaller towns and cities of India and as the country’s largest regional operator, SpiceJet will make all possible efforts in this direction.”

SpiceJet has not named Jet Airways as the reason for its expansion plans, after the latter announced a temporary suspension of flight operations.