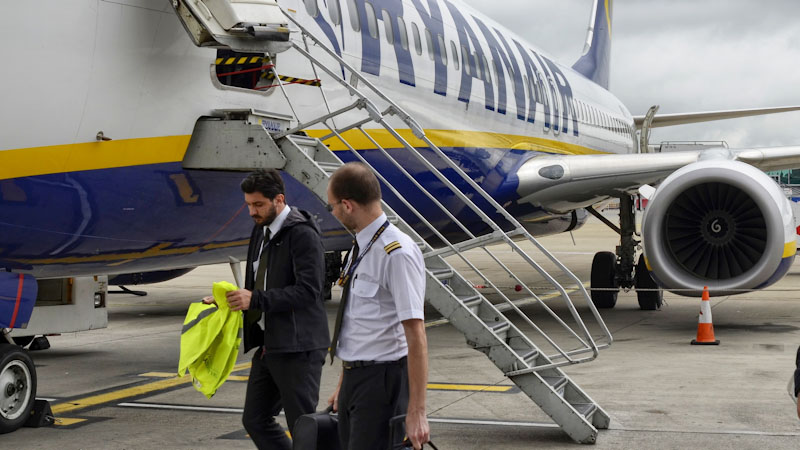 The Irish airline in a stock exchange submission said the agreement, which delivers a new pay structure and rosters, will be in place until March 2023.

Ryanair and the Vereinigung Cockpit (VC) union have also agreed a social plan covering German base closures or reductions.

VC said the collective agreements “leave no doubt that German law as well as German employee protection rights will be applicable for Ryanair pilots in Germany.”

The Germany-based pilots will now transition to Ryanair’s Maltese subsidiary Malta Air, but will be subject to the German collective agreements.

“What was agreed will mean higher basic salaries and higher net salaries, especially due to the transition to German income taxation,” VC lawyer Tanja Viehl said. “Additionally, the framework social plan will provide measures to soften the impact of past and possible future base reductions.”

Despite the German agreement, Ryanair pilots based in the UK and Spain are still due to strike later this month unless separate agreements can be reached with their unions.

VC’s Viehl said that “European pilot unions united under the motto ‘Ryanair must change!’ still have a long way ahead before our goal is reached - as was shown during recent industrial action abroad.

“Coming to CLAs in Germany is an important step towards our goal of guaranteeing employment rights,” she added.