Ryanair will add to its group of airlines with the purchase of Maltese start up Malta Air. 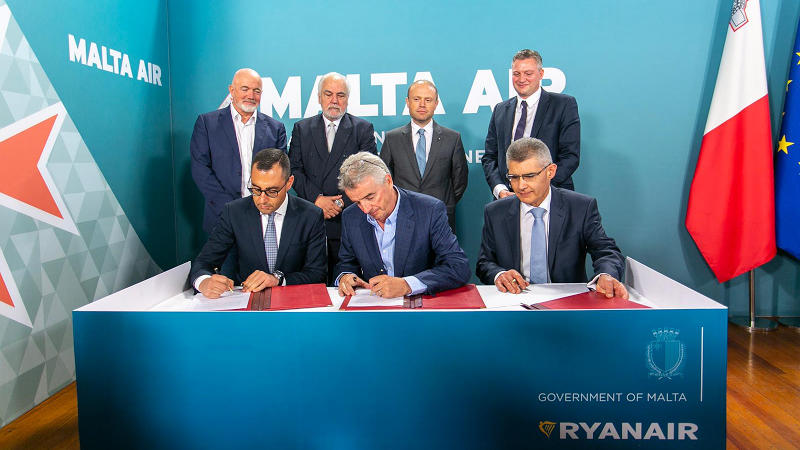 As part of the Irish airline's investment it will increase its Malta-based fleet of Boeing 737s to ten and transfer its current six to the Maltese aircraft register.

It will also move 200 Malta-based crew onto local contracts and create 350 jobs over the next three years. The Malta-based fleet will be branded as Malta Air for the summer 2020 travel season.

Ryanair chief executive Michael O’Leary said “Malta Air will proudly fly the Maltese name and flag to over 60 destinations across Europe and North Africa as we look to grow our Maltese based fleet, routes, traffic and jobs over the next three years.”

O’Leary said the airline is looking forward “to working closely with the Maltese authorities over the coming years as we hope to add over 50 more aircraft to the Maltese register.”

Ryanair will also move France, Italy and Germany based aircraft onto the Malta AOC (air operator certificate), with their crews working under Maltese employment contracts rather than the Irish contracts at present.

Completion of the deal is expected by the end of June.