Low cost airline Norwegian has announced plans to take on British Airways on flights between London and Brazil from March. 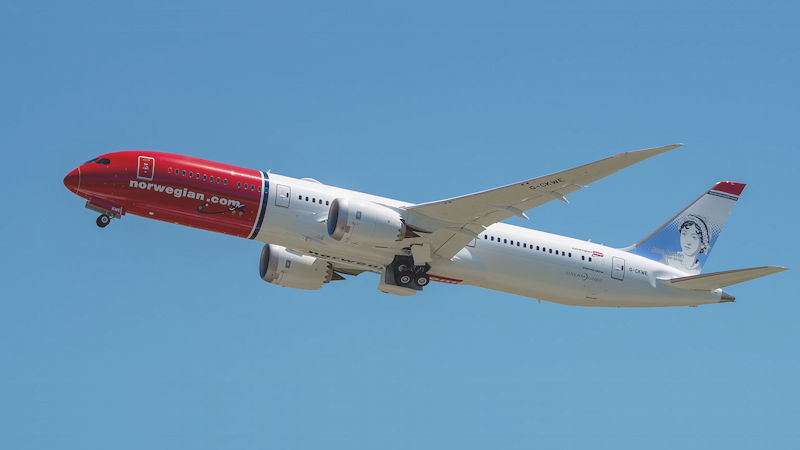 The new four times weekly service from London Gatwick to Rio de Janeiro’s Galeão Airport will be operated by Boeing 787-9s from March 31, 2019. Two classes will be offered, premium economy and economy, on the airline’s new 344-seat Dreamliners. Tickets are available from GBP£240 (USD$305) one way.

Currently only British Airways offers direct flights between London and Brazil. The BA website is currently offering return/round trip fares from £722 in January.

“Brazil is a fantastic addition to our global network and we look forward to welcoming customers on board.”

Brazil’s ambassador to the UK, Fred Arruda, welcomed the new flights and the increase of tourists it will attract. “It will also help to create jobs in our country and improve competition, potentially reducing costs for passengers.”

Norwegian already flies from London Gatwick to South America with a four times weekly service to Buenos Aires, with an increase to daily flights from December 3.

The airline received an air operator’s license for Argentina earlier this year and launched domestic flights in October with two routes from Buenos Aires to Mendoza and Cordoba. Additional domestic routes to Salta, Iguazú, Bariloche and Neuquén are planned.