Mitsubishi Aircraft has rebranded its MRJ range of commercial aircraft the SpaceJet, realigning its product range to better meet the requirements of US airline regional operations. 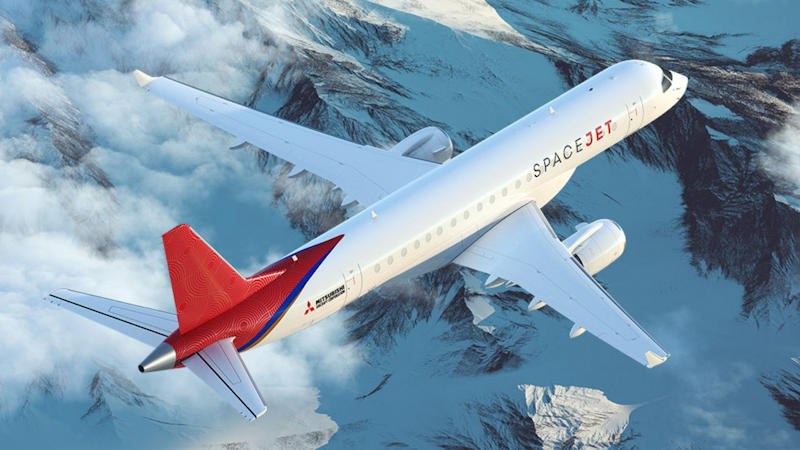 The SpaceJet range will consist of two aircraft sizes initially, the M90, formerly the MRJ90, can be fitted with up to 92 seats in a single class layout, and a newly announced M100 with up to 88 seats. The smaller MRJ70 has been dropped from the product lineup.

“As we prepare for entry-into-service for the SpaceJet M90, we are also announcing the SpaceJet M100 – the result of our research and development during the past few years and the answer to the regional market’s current and future needs,” Mitsubishi Aircraft President Hisakazu Mizutani said.

The M100 is designed principally for US markets to meet airline scope clauses. A scope clause is a contractual agreement between airlines and pilot unions limiting the size of aircraft that can be flown by regional affiliates.

The M100's 65-76 seat, three-class cabin configuration, meets the 76-seat maximum agreed by many major US carriers, but it can also be fitted out with higher density 84-seat layouts for countries that don't have the scope clause restrictions.

Mitsubishi says the M100 “targets double-digit performance improvement, and has the lowest operating costs of any aircraft in its class.” It offers lowers emissions and noise reduction, and exceeds ICAO environmental standards, the company added.

With the SpaceJet M90 scheduled for first delivery next year, Mitsubishi will debut a mock-up of the M100 cabin at the Paris Air Show next week. Formal launch of the M100 is expected later in the year.