Lufthansa shared a picture of its first Boeing 777X, showing the aircraft with fully assembled body sections and wings. 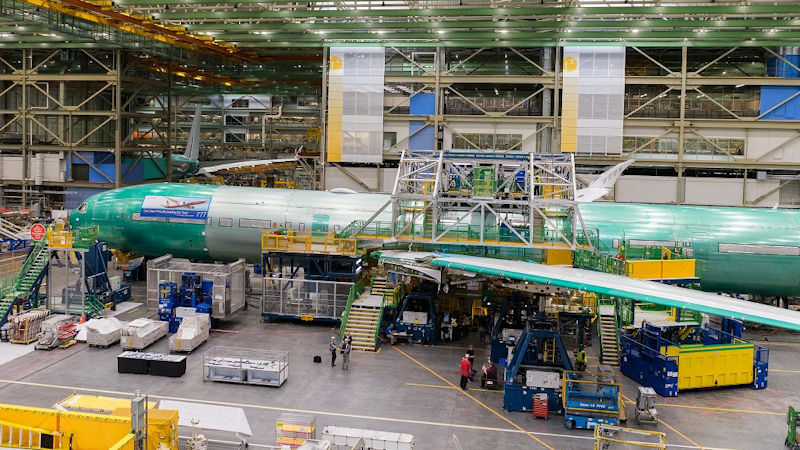 The image, posted to the airline's Twitter feed, shows the 777-9 fuselage at Boeing's assembly line in Everett, Washington.

Lufthansa expects delivery in summer 2020 after the aircraft completes its part in flight testing, and an entry into service shortly after.

Rollout of the first test 777X is due next month, with first flight a few weeks later.

The 777X series, a major update to Boeing's popular 777 line, is powered by GE Aviation GE9X engines which deliver over 105,000 pounds of thrust. It has longer wings than current 777 models and folding wingtips to allow access to airport gates.

Boeing has taken combined orders for 326 777-8s and -9s. Commercial launch customer Emirates is down for 150 of those, with first delivery next year.

Pssst, shall we tell you a secret? The body of our first future 777-9 is joined! Have a look at this beauty – we can’t wait until summer 2020! Can you already guess what she will look like? #avgeek #777X #LH777x9 @BoeingAirplanes pic.twitter.com/oqUp4JHOaT