London’s Heathrow Airport has released its masterplan for the expansion of Europe’s busiest airport, which includes the construction of a third runway. 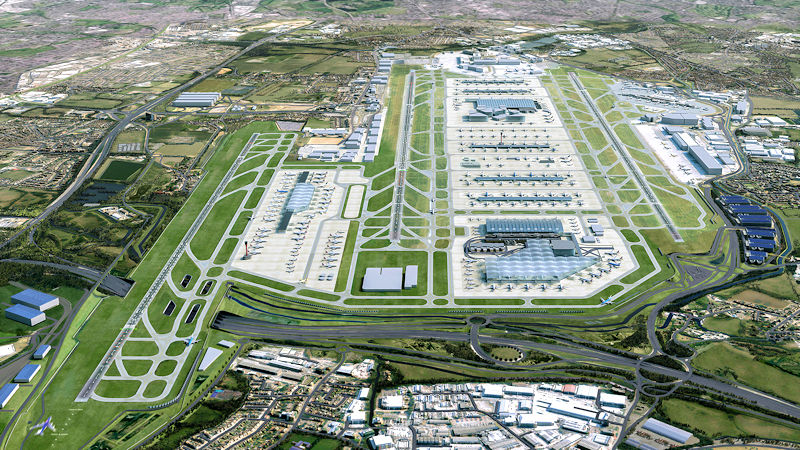 Heathrow plans a phased expansion, with the new runway opening around 2026 and the final implementation due in 2050. The incremental growth is designed to mirror the airport’s growth in passenger numbers and maintain airport charges close to 2016 levels, the airport says.

The plan’s release marks the start of a 12-week statutory public consultation on the expansion, with submissions due by September 13.

The consultation provides the opportunity for public feedback on the proposals for the airport’s layout, including the third runway and other infrastructure including terminals and road access.

The environmental impact of the expansion including a low emissions zone and the airport’s proposal for an extended ban on night flights are also part of the consultation.

Debate on the expansion of Heathrow has been going on for decades, with increasingly vocal opposition from local government and environmental groups. The current London mayor Sadiq Khan and his predecessor and leading candidate to be next UK prime minister, Boris Johnson, are both opponents of the expansion.

In addition to the new runway and associated taxiways, plus new terminals, major building work will include the demolition of over 700 houses and the construction of a tunnel for the M25 motorway under the proposed runway.