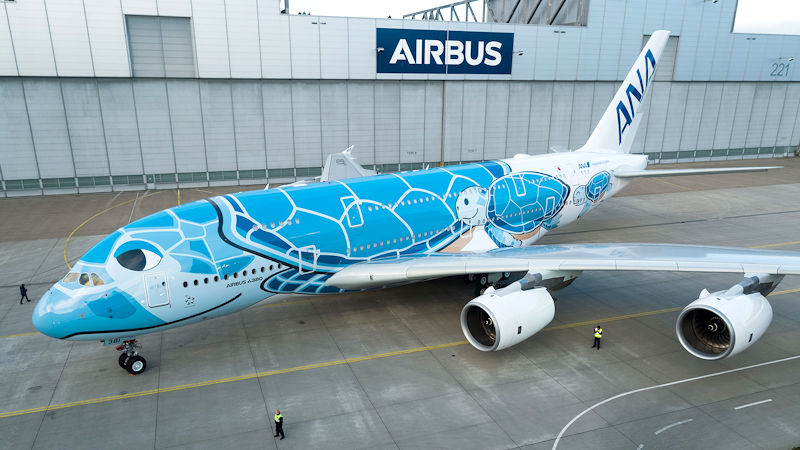 ANA has three A380s on order, and will be the first Japanese airline to fly the superjumbo when it is delivered at the end of March 2019.

The first aircraft, which has a blue sea turtle livery, will operate the Tokyo Narita-Honolulu route from May. The second A380 will be green and the third orange.

ANA chose Chihiro Masuoka’s Flying Honu motif in March, 2017 after a worldwide open design contest. It was one of over 2,000 designs submitted. 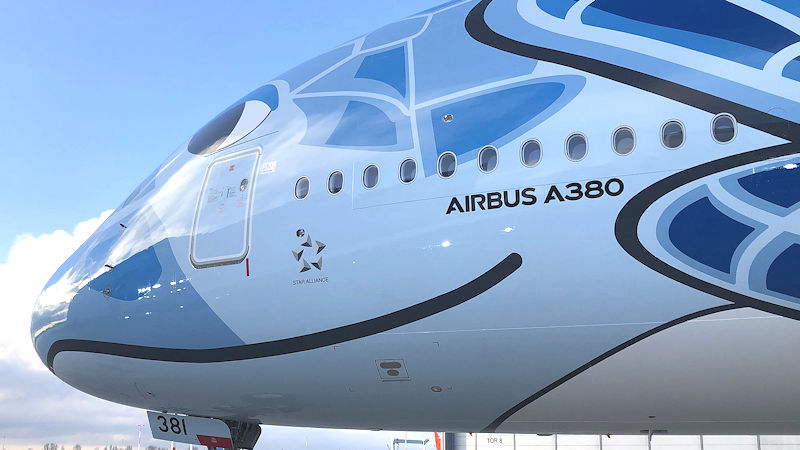 The design features the Hawaiian green sea turtle, a symbol of good luck and prosperity in Hawaii. The ANA aircraft colours represent the blue Hawaiian sky, the emerald green ocean and the orange of the Hawaiian sunset.

Airbus said the ANA A380 livery is one of the most elaborate it has tackled, taking 21 days to paint a surface area of 3,600 sq. m. with 16 different shades of blue. 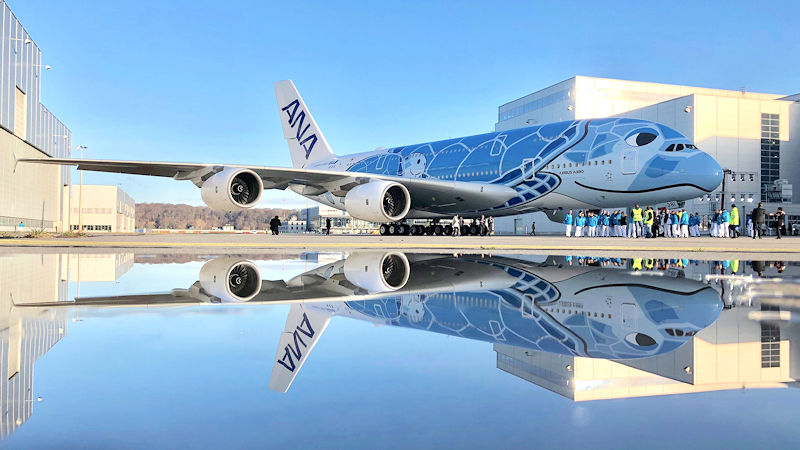 The aircraft will now go for its cabin fitout and final ground and flight tests before returning to Airbus Toulouse prior to the handover to the airline and its ferry flight to its new home.