National carrier Fiji Airways will add the Airbus A350 to its fleet later this year, with the lease of two A350-900s. 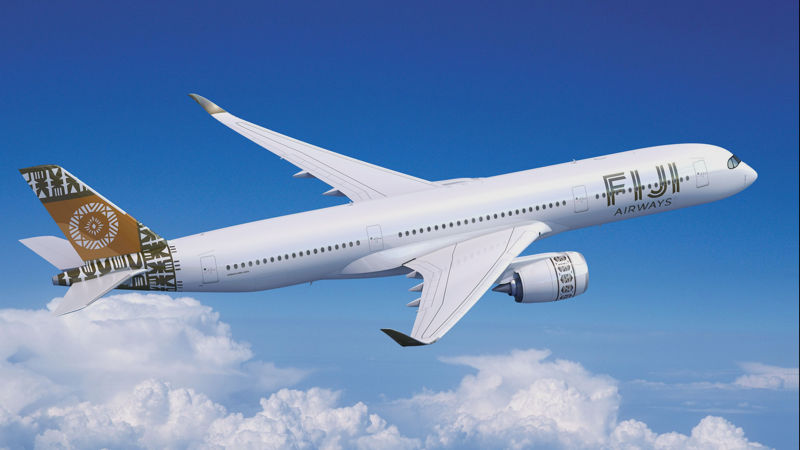 The A350s will be leased from Dubai’s DAE Capital and delivered in November and December, 2019.

The Nadi-based airline already operates six A330s, two of which are on short term lease until it receives the new aircraft.

“We are extremely pleased with this selection and proud of the confirmed arrangements with Dubai Aerospace Enterprise (DAE) Capital as the lessor, and Rolls-Royce as the engine supplier,” Fiji Airways managing director Andre Viljoen said.

Airbus said the common rating between the A350 and A330 means pilots who are qualified and current on the A330 only need to undergo differences training, maintaining operational flexibility and providing cost savings on pilot training.

Fiji’s A350s will be configured with 33 lie-flat business class and 301 economy class seats. The aircraft will be used on existing long-haul services between Fiji, Australia and the United States, and to provide additional capacity to introduce additional routes.