Brazil's Embraer has received simultaneous type certification for its E195-E2 aircraft from regulators in Brazil, the United States and Europe. 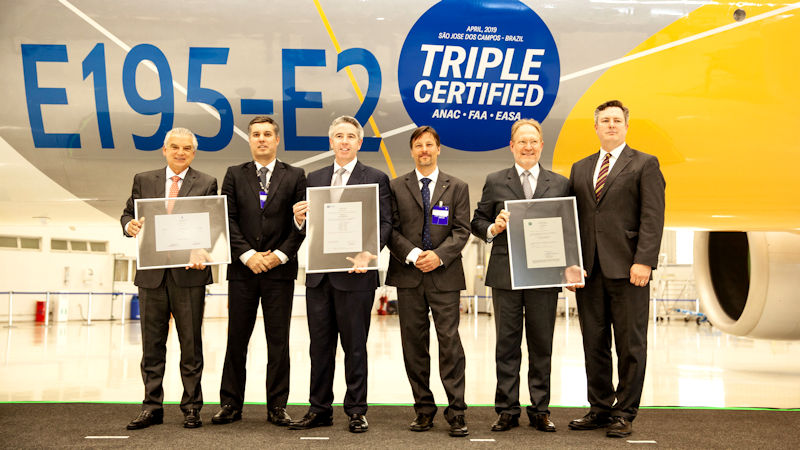 The triple certification, from the Brazilian Civil Aviation Agency ANAC, the US FAA and the European Aviation Safety Agency EASA, paves the way for an entry into service later this year. Embraer has given no date yet for first delivery.

“This is another great achievement from our engineering and programme teams. They’ve built, and now have certification for, the most efficient single-aisle jet on the market. And they’ve done it again right on schedule and exceeding specification.”

The E195-E2 is the biggest of the three members of the E2 E-Jet family, seating up to 146 in a single class configuration, or 120 in a two class layout.

The E195-E2 will enter service with Brazilian airline Azul in the second half of the year. Azul has 51 of the type on order.