Embraer has delivered the first of its new E195-E2 aircraft to Brazilian airline Azul. 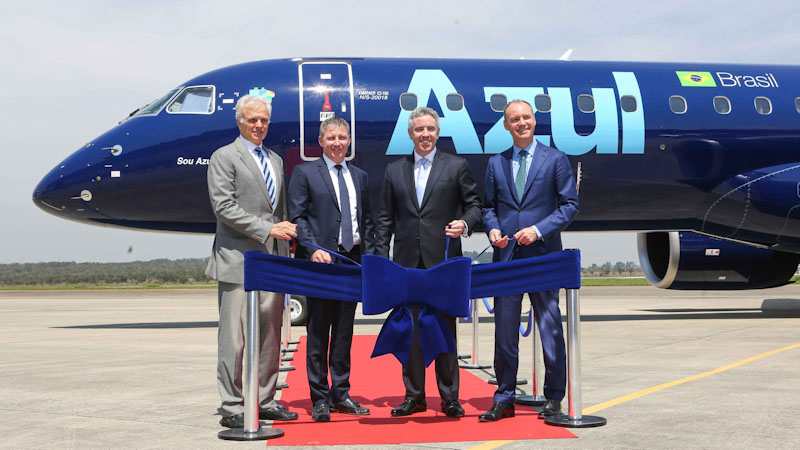 In a ceremony at Embraer’s São José dos Campos assembly plant, Azul received the largest member of the E2 family of commercial aircraft from lessor AerCap.

The Brazilian airline will receive a further five E195-E2s this year out of total orders for 57 of the type.

The E195-E2 can seat up to 146 passengers in a high density layout, but Azul has gone for a lower seat count of 136. It will use the aircraft on domestic and international flights.

“With the E195-E2 we are ready to launch the next chapter in Brazilian aviation. We could not be more proud to bring this Brazilian aircraft, built with Brazilian technology and innovation to the Brazilian skies”, Azul founder David Neeleman said.

“The E2 represents the next significant step in Azul’s fleet transformation, further powering our margin expansion story well into the years to come.”