Delta Air Lines' first Airbus A220-100 took off on its maiden flight over the weekend from the Bombardier assembly plant in Québec. 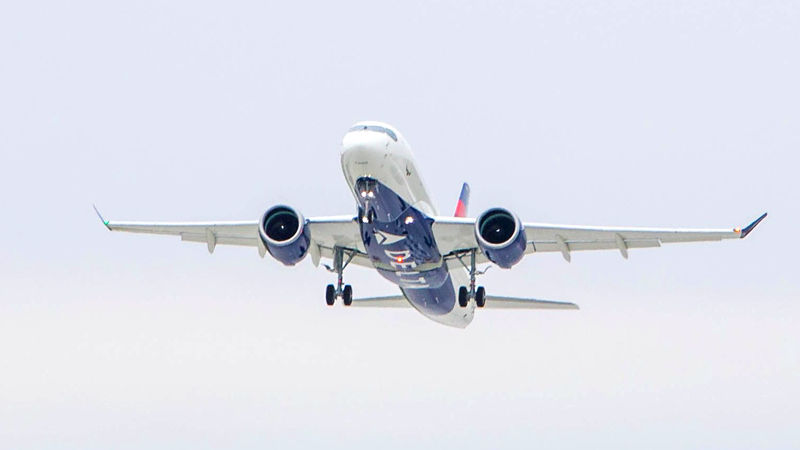 Delta will be the first US airline to operate the A220, formerly the Bombardier CS100. The Atlanta-based airline ordered 75 of the 100-plus seater jet in a 2016 USD$5.6 billion list price order. It also has options on another 50 A220s.

The first flight of just under three hours took off from Mirabel airport and performed main systems checks.

“The aircraft will continue with pre-delivery testing and assembly, as elements of its state-of-the-art interior come together at the A220 assembly line,” Airbus said.

The Bombardier CSeries, as it then was, was subject to a 220 percent duty the United States imposed on the aircraft in response to a petition by Boeing on the terms of the Delta order.

Boeing said the order amounted to dumping as the airline paid only USD$19.6 million per aircraft. The Canadian government filed a complaint with the World Trade Organisation against the US on the import duty.

The United States International Trade Commission subsequently overturned the levy saying the US aviation industry would not be threatened by the order.

Delta’s first A220 is scheduled for entry into service in early 2019.