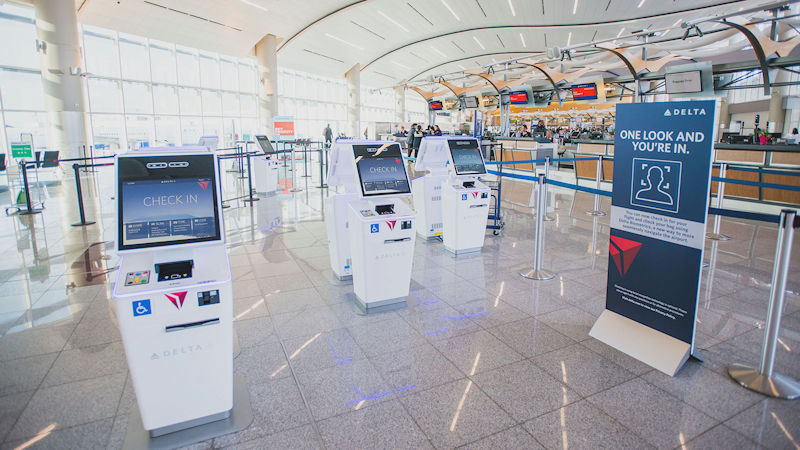 Introduced with US Customs and Border Protection, the terminal is the first biometric terminal in the United States, with the facility available for Aeromexico, Air France, KLM and Virgin Atlantic international passengers in addition to Delta’s own customers.

Facial recognition technology is used to identify passengers at check and for checked baggage drop off. It is also used at TSA screening points and all boarding gates in Terminal F.

Delta has been trialling the system since October, with only a small percentage of passengers opting not to use the technology. The airline says the facial recognition system saves an average of two seconds for each customer at boarding, or nine minutes overall for a wide-body aircraft.

Delta’s COO Gil West said with the biometric terminal “We’re removing the need for a customer checking a bag to present their passport up to four times per departure – which means we’re giving customers the option of moving through the airport with one less thing to worry about.”

Delta plans to continue the expansion of facial recognition testing at Detroit’s Wayne County Airport to all 14 international gates at the McNamara Terminal by mid-December.