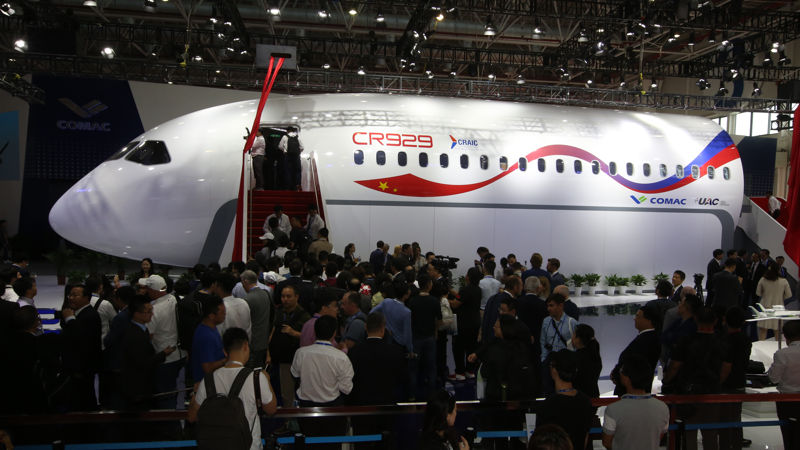 The 22 metre long, 5.9 metre wide mock-up is a design concept that includes examples of first, business and economy class seating, and a full-size flight deck. It is on display at the China Airshow, on this week in Zhuhai.

UAC said the model will showcase the CR929’s design to potential customers and future passengers.

The CR929-600, described as the basic version, is designed to carry 280 passengers in three classes a distance of 12,000 km. The CR929 family will also include a higher capacity version with a longer fuselage, and a shorter model for less dense routes.

UAC President Yury Slyusar praised the cooperation between the Russian and Chinese companies saying competitiveness in the global aviation market “demands integration of efforts, resources and strengths of each partner.”

The joint venture company was set up a year ago to produce the CR929. Design of the new aircraft will be shared between the companies, with the fuselage designed and made in China, and the wings designed by Russia. Final assembly will be in Shanghai.⁠