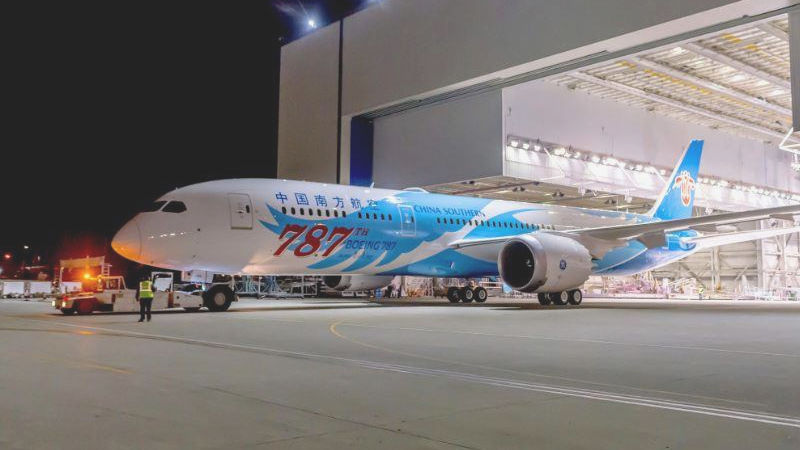 The 787-9, which has a commemorative logo celebrating the production milestone will join China Southern’s existing Dreamliner fleet of eight 787-9s and 10 787-8s.

“Reaching this milestone delivery is a testament to our amazing Boeing team,” Boeing Commercial’s CEO Kevin McAllister said. “This delivery also reflects the special capabilities of the 787 Dreamliner.”

First delivered in September, 2011, the 787 family has flown nearly 300 million passengers on over 1.5 million flights, including more than 210 new nonstop routes.

“As one of the 787 launch customers and the first Chinese airline to operate the 787, we are honoured to celebrate this important milestone with China Southern Airlines,” Boeing SVP Ihssane Mounir said.

“We also thank AerCap for their large commitment to the Dreamliner. They continue to be a valued partner and we look forward to celebrating many more milestones with them in the coming years.”