A Boeing 737 with 143 people onboard overshot a runway at a military base in Florida, ending up in a river at the end of the runway. 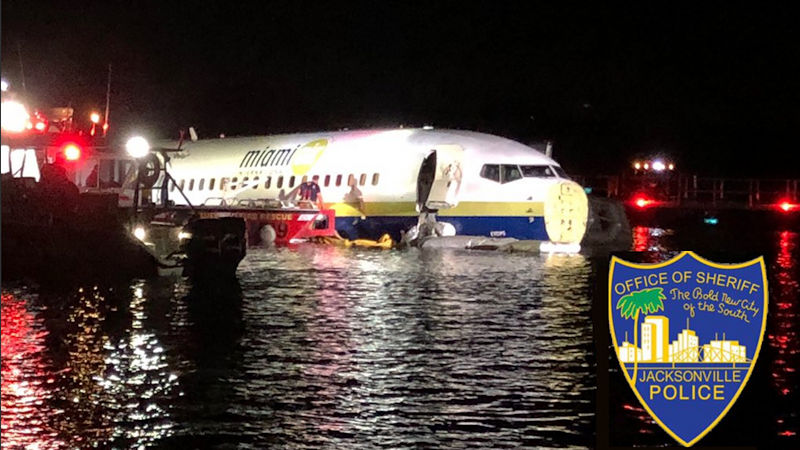 Twenty-one people were taken to hospital, the Jacksonville Sheriff's Office said, with all listed in good condition, and no critical injuries.

The aircraft, a Boeing 737-800, operated by Miami Air International, was trying to land in bad weather after a flight from the US military base in Guantanamo Bay, Cuba.

The 737, with 136 passengers and seven crew, crashed into the St. Johns river at the Naval Air Station in Jacksonville at about 9:40 pm local time, a statement from the air base said.

The statement said minor injuries had been reported, with most treated at the scene. People requiring additional treatment were taken to hospital.

Miami Air International is a Florida-based charter airline that is contracted to the US military to provide flights between the US and Guantanamo Bay.

The flights operate twice a week, rotating military personnel and civilians, for tours of duty at the Guantanamo Bay Naval Base, home of the controversial detention camp.

The US National Transportation Safety Board said it had sent a team of 16 investigators to Jacksonville.