ANA First A380 Takes To The Skies

The first Airbus A380 for Japan’s All Nippon Airways completed its first flight on Monday.

The flight, from the final assembly line in Toulouse, was to Airbus’s Hamburg site where it will be painted and prepared for cabin installation. 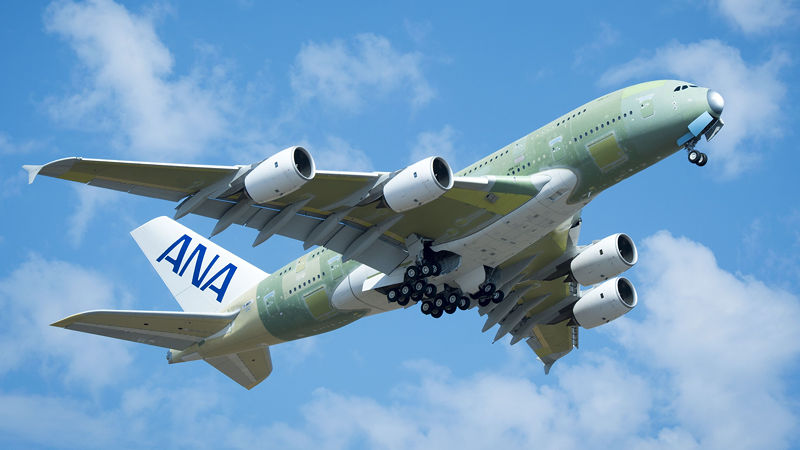 ANA will deploy the first aircraft of a 2016 order for three on its Tokyo-Honolulu route. Delivery is scheduled for early 2019, with ANA the first Japanese carrier to operate the superjumbo.

Airbus has delivered 229 A380s to 14 airlines worldwide, but sales have all but dried up, with the exception of an Emirates top up order for 20 in January. That order will allow Airbus to continue A380 production for ten years, albeit with a drop to six per year from 2020.