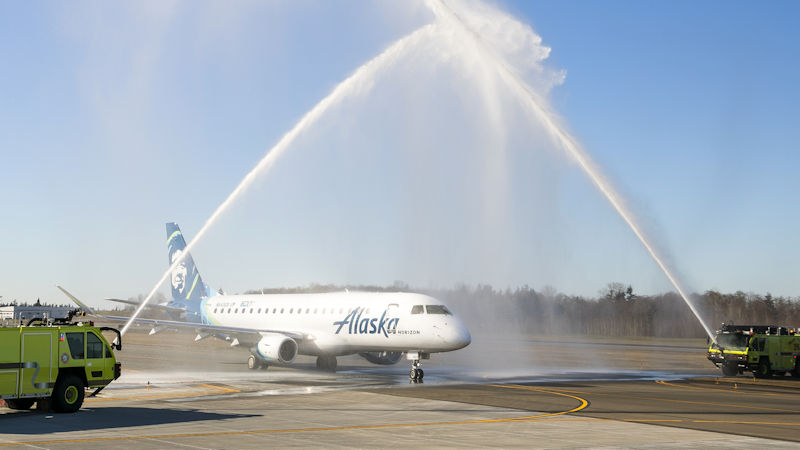 The flight, a Horizon Air-operated service, took off just after 10am, with a full water cannon salute from the airport fire service.

Although Alaska launched with just three flights on the day, it will have 18 daily departures operating to eight West Coast cities by mid-March. Los Angeles, Orange County, San Diego, San Francisco and San Jose in California; Portland, Oregon; Las Vegas and Phoenix are the destinations to be served.

Alaska was scheduled to launch flights from Everett last month, but had to postpone because of the US federal government shutdown. 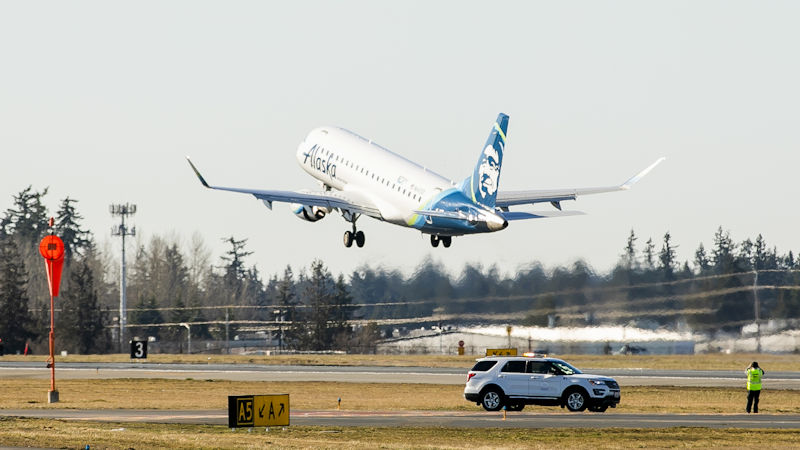 “The opening of a brand-new commercial air terminal at Paine Field is history in the making. We’re extremely proud to be a part of a growing, thriving Pacific Northwest and West Coast,” the airline's chief commercial officer Andrew Harrison said.

“From Everett, our guests can travel more easily and more quickly to eight terrific West Coast cities, and then continue on to nearly anywhere else they'd like to go.”

Paine Field is the site of a major Boeing assembly plant, with 747, 777 and 787 airliners built there.