Airbus Rolls Out First ANA A380

The first Airbus A380 for Japan’s All Nippon Airways has rolled off the production line in Toulouse. 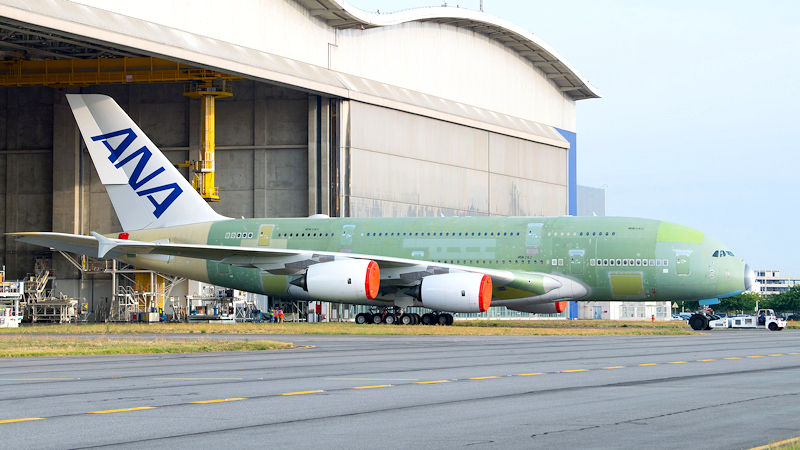 The superjumbo will now undergo ground tests prior to its first flight in the coming weeks. After flight testing, the aircraft will go to Hamburg for painting and its interior fit-out.

The aircraft is one of an order for three A380s ANA placed in 2016. The first will be delivered in early 2019 and will operate on the Tokyo-Honolulu route.

The ANA A380s will be configured in a 520-seat four class layout, with eight first class, 56 business class and 73 premium economy seats. Down the back of the bus will be 383 economy class seats, including 60 “couch seats.”

ANA will be the first Japanese airline to operate the A380.