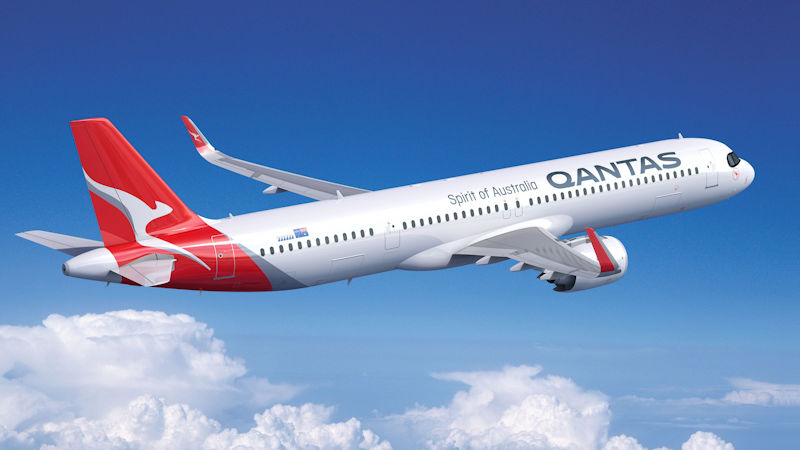 Private equity firm Indigo Partners announced a memorandum of understanding to acquire 32 A321XLRs and convert an existing order of 18 from A320neo family aircraft to A321XLRs.

Indigo Partners said the order will be allocated to three of its low cost carriers, 20 to Hungary-based Wizz Air, 18 to Frontier Airlines in the US, and 12 to Chile's JetSMART.

Another large A321XLR order came from American Airlines, with an agreement to purchase 20 of the type and convert 30 of its existing A321neo slots to A321XLRs.

Already the largest Airbus operator in the world, American's latest agreement takes its outstanding order total to 115 A321neos and A321XLRs. The Dallas-based airline currently operates a fleet of 422 Airbus aircraft.

Qantas also added new orders and conversions for the A321XLR. The Australian flag carrier placed a firm order for 10 A321XLRs and converted 26 of an existing order for A320neo family jets to the A321XLR.

Most of the new aircraft are expected to go to low-cost unit Jetstar, but some may be used on thinner routes operated by the mainline carrier, and possibly to replace some of the airline's older Boeing 737s.

China Airlines signed a memorandum of agreement for 11 A321neo aircraft, and with another 14 to be leased, it will take the Taiwan airline's total to 25.

Dublin-based leasing company Accipiter Holdings revealed at the air show that it is the undisclosed purchaser of 20 A320neo aircraft listed in the Airbus order book. Dublin-based Accipiter agreed the deal in March this year.