Airbus flew the smaller member of the A330neo family, the A330-800, for the first time on Tuesday. 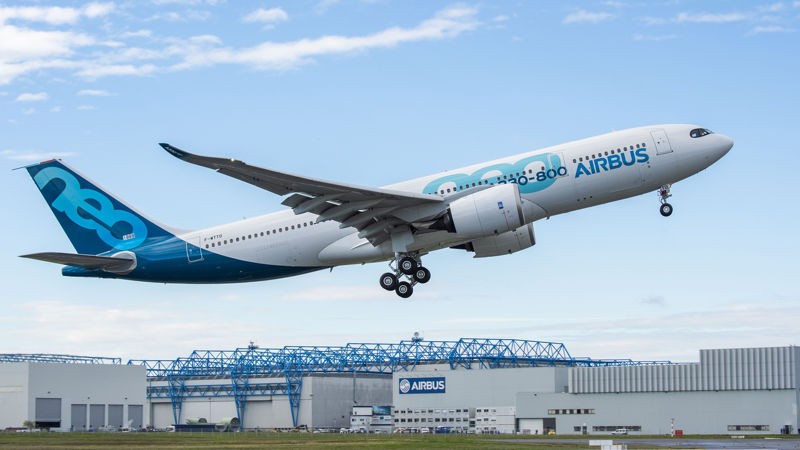 The new aircraft took off from Toulouse at 10:31 and landed four hours and four minutes later at 14:35 (2.35pm) after a flight over south-western France.

Flight testing will comprise over 300 hours flying time, with certification expected in mid-2019.

The -800 is the smaller sister of the A330-900, which recently finished its flight testing and certification, and is due for its first delivery to TAP Portugal this month.

The -900’s development testing validated the engines, systems, cabin and flight & ground operations, that are common to both models. The larger aircraft seats 287 in a three class layout.

Kuwait Airways has ordered eight A330-800s, the only current order for the aircraft after Hawaiian Airlines cancelled and switched to the Boeing 787-9.

The A330-900 has had a much stronger take up with Airbus showing orders for 224 of the type. Low cost long-haul carrier Air Asia X is the largest -900 customer with 66 on order.