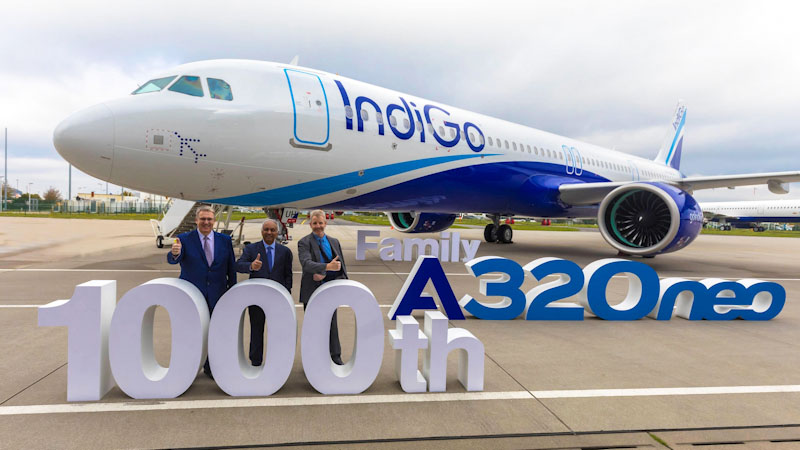 IndiGo, the largest customer for the single-aisle jet, received the first of its total order for 430 neos in March 2016, and the aircraft just delivered, an A321neo, is its 96th to date.

The airline also operates a fleet of 129 A320ceos.

The A321XLR extra long range variant, designed to fly trans-Atlantic routes non-stop, was launched at the Paris Air Show in June this year, with deliveries expected from 2023.

At the end of September 2019, the A320neo family had received more than 6,660 firm orders from over 100 airlines and lessors worldwide.