Air France has selected the Airbus A220 to update its short-haul fleet, but the A380 won’t have a future at the airline as it plans the superjumbo’s retirement by 2022. 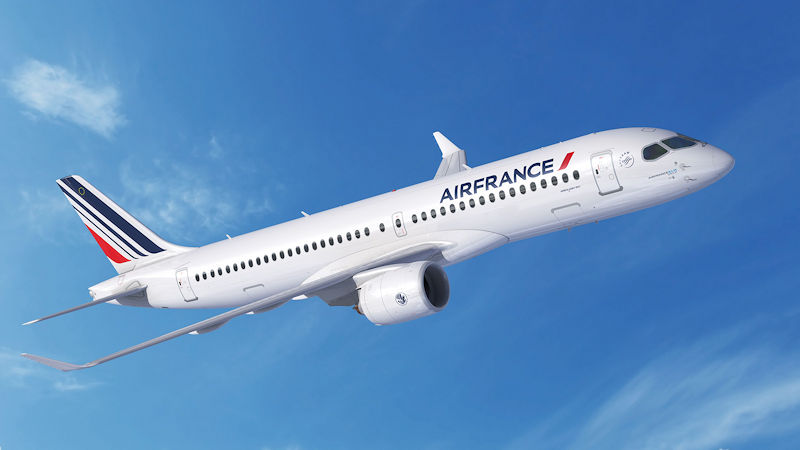 Air France–KLM signed a memorandum of understanding with Airbus for 60 A220-300s to replace the French airline’s A318s and A319s. The provisional deal includes options for 30 additional A220s and 30 purchase rights.

Based on Airbus’s most recently published list price, the orders would be valued at USD$5.49 billion when firmed up. First delivery is expected in September 2021.

Air France said the 149-seat A220-300 is perfectly suited to replace A318s and A319s on short- and medium-haul routes, enabling the airline to reduce its environmental footprint.

“The selection of the Airbus A220-300 supports our goal of a more sustainable operation, by significantly reducing CO2 and noise emissions,” Air France-KLM Group CEO Benjamin Smith said.

“This is a very important next step in Air France’s transformation, and this evolution in Air France's fleet underlines the Group’s determination to attain European airline leadership.”

Air France also announced that it will retire its fleet of 10 Airbus A380s by 2022, to be replaced by new generation aircraft.

Competitive pressures limit the markets the A380 can profitably operate in, with the aircraft consuming 20-25 percent more fuel per seat than new generation long-haul aircraft.

Higher maintenance costs and the need for cabin refurbishment also reduce the economic attractiveness of the A380s, the flag carrier said.