Aerolíneas Argentinas has cancelled all of its flights for Monday due to a strike by pilots and ground staff. 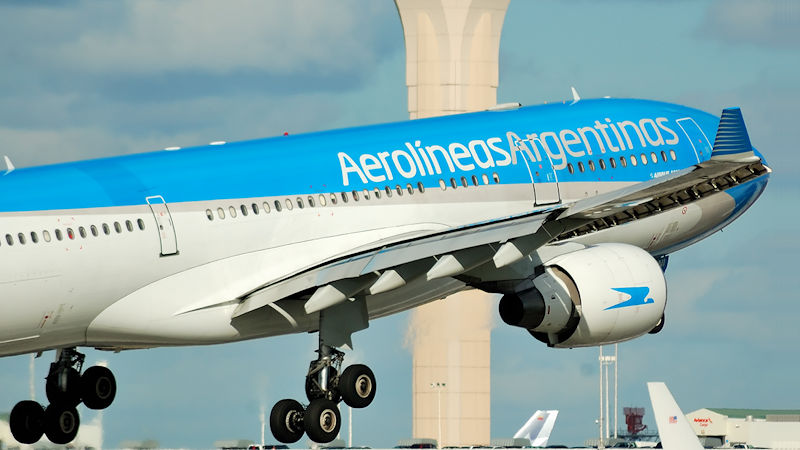 The industrial action, the fourth at the airline during November, has been called by the APLA and UALA pilot unions, the APA ground staff union, the APTA technical union, and the UPSA union.

The work stoppage will start at midnight on Sunday night, with no end time announced. Local media have suggested, however, it will be a 24 hour strike.

Aerolíneas said the cancellations affect over 40,000 passengers on 371 flights scheduled for Monday.

In its approach to negotiations the APLA pilot union called “prudent”, a statement said “there are no longer any doubts regarding the will of Aerolíneas Argentinas to deepen a conflict that we have clearly not sought.”

APLA cited “incomplete payment of salaries and non-compliance with the Salary Agreement Act” as reasons for the stoppage. A further trigger was the “unjustified and illegal suspension” of 60 pilots for actions during a previous stoppage on November 8, it said.

Aerolíneas apologised for the inconvenience caused by the strike and called on passengers with reservations for Monday flights to check the airline’s website for updates and information.